Marta Durany. Being a new mom while doing an MBA. Success Stories

Marta Durany became a mom just months before she started her MBA. Dealing with two huge life changes in a short period of time, while in a fast-paced environment, was both exciting and challenging.

What led you to decide to pursue an MBA?

As I was starting my third year at Amazon, working in my third Amazon Fulfillment Center, having worked weekdays and weekends, on both day and night shifts, in three cities and two countries, I realized that I had already seen many of the things that happen on daily basis at huge plants. I had worked in different processes, led large teams, and spearheaded several projects. However, as an engineer and having previously worked in the big data consulting sector, I also realized that I had a knowledge gap. There were several subjects that I needed to learn — such as finance, marketing and entrepreneurship — to become a more well-rounded and effective manager.

What’s it like being a new mother in a full-time MBA program?

It is equally demanding and exciting. I am enjoying the challenge. Demanding because I have the same amount of class work as my peers, but less time to complete it. I also need to take more decisions every day. For example, if I go to a certain MBA event, how can I still ensure that I spend enough time with my son, Pepe? With whom will he stay if I get home an hour later? My personal responsibilities didn’t shrink because I became an MBA student; on the contrary, those responsibilities dramatically expanded just months before enrolling in the program with the birth of my son. Dealing with two huge life changes in a short period of time, while in a fast-paced environment, is challenging at the end of the day.

However, it is super exciting to be a mom and student at the same time. I am surrounded by exceptional teammates and peers who see the world from different perspectives. Additionally, being a mom has changed and complemented the way I perceive the world. My priorities, time allocation, interests, concerns, etc., all changed from the minute I knew I was pregnant. I suddenly saw the world in a different way. The diversity that I find myself surrounded by at the IESE MBA helps me to continuously challenge myself and be the best version of myself, both at home and in professional settings.

Any advice for parents (or soon-to-be parents) considering an MBA?

Know that this is not solely the dad’s or the mom’s MBA, this is the couple’s MBA. You both need to have it very clear from the start that this is a project for both parents regardless of who is enrolled in the MBA program.

I always say that when I graduate, my MBA diploma should have both my husband Marcos’ name as well as mine on it. I could not be successfully completing the MBA without his generous and endless support. From going to work early in the morning, to returning home early from work, to allowing me to spend a few more hours in the library, to taking care of most of the household chores, he has freed up time for me to spend on academics, class bonding and my job search, ensuring that I get the most out of the program. This is not about each of us giving 50%, instead it’s about both of us constantly giving 100% on whatever we have decided together that we need to do. It is also about giving a helping hand when you see that the other is tired, rather than tallying how many tasks each has done or failed to do. It’s about giving from both sides rather than asking.

For the parents out there that are thinking of doing an MBA, know that it won’t be easy. You will need military-like discipline, endure little sleep and have no time to relax during the first 12 months. At some point, tensions will rise, and when they do, it is important that you both have a very clear sense of why you are doing the MBA, and, above all, that you remember that you are an unbreakable team.

How do you stay social or connected with your classmates? Do you allocate specific time for that?

I’ll never be thankful enough for the amazing team I had during my first year. A2 has been one of the best IESE experiences. I knew from the very beginning that the social part of the MBA would be the one that I would miss the most, as academics and networking were fundamental priorities for me. At the same time, I had very clear that spending at least a few hours every day with Marcos and Pepe was a must. It was incredible how Alex, Andrés, Antonio, Diana, Kazuya, Lapa, Mayank and Maren were supportive from the first day and throughout the year. I tried not to miss any team get-together – this was my social priority. I also tried to go to section dinners. Other than those two, I didn’t prioritize other events. If there was an event that suited our family agenda and budget, we would go; if not, we would skip it. I have great memories of the Section A Japanese dinner, the Section A calçotada, a last-minute Section A Mexican dinner that I could join, and the Diwali party in which the entire Section A cheered on our classmates during the dance competition.

Any regrets? What would you do differently in your MBA journey as a mom or as a student?

If I could talk to myself a year ago, I would tell myself to stress less during first term. Going straight from maternity leave to my first day in the MBA program was a shock. I had the sensation that my brain was asleep. I remember breastfeeding Pepe during early mornings and late evenings while reading the first few cases and having to re-read them all over again later to truly understand them.

Being surrounded by such smart people with my brain still in maternity leave mode was a hit to my self-esteem. It was only after Christmas break when I had my first-term grades in one hand and the internship offer that I wanted in the other, that I realized I wasn’t doing that badly and maybe I should stop being so tough on myself.

What helped you to balance the life of a full-time student along with the recruiting process during lockdown?

Thankfully, I signed my internship offer before we went into the spring’s COVID-19 lockdown. Throughout it, my parents’ and Marcos’ support were key to me getting through the stress of the lockdown and the third term. Also, the fact that my son, Pepe, eats and sleeps very well helped.

Would you do it all over again?

Yes, I would. And I think that is the beauty of it. Marcos and I have grown and learned a lot as a couple, the experience has strengthened our marriage and we have seen our little baby become a little boy. All the while I have been able to learn every day from peers, professors, cases and projects; to enjoy lively conversations during lunch or dinners; and to play paddle games on Tuesday evenings with my new friends. It has indeed been the journey of a lifetime, equally demanding and exciting.

What made you choose IESE?

I chose IESE Business School for many reasons, but the main drivers were two quite personal ones: the first is legacy and tradition. I am the third generation in my family studying at IESE. My grandfather was part of one of the first IESE cohorts. Later, my father finished IESE when I was two years old. In fact, I have a picture of my dad studying during a late evening and my sisters and I wearing our pyjamas, playing by his side. The second driver is that as a local Barcelonian beginning the MBA with a four-month-old son, being in my hometown gave me greater comfort and access to family support.

Tips on how to be parents during an MBA 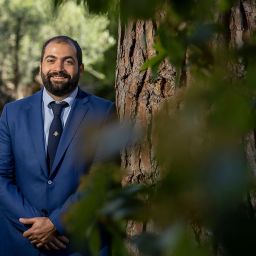 What’s the difference between an MBA and other Master’s degrees?
11 Dec 2020 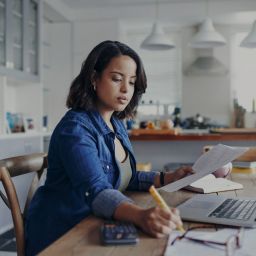 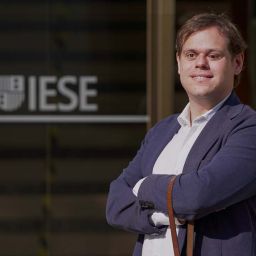 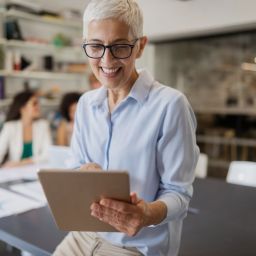 Women in leadership: How to cultivate women’s power in business
17 Mar 2022 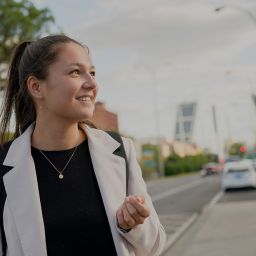