Why Wages Stagnate in Areas With Few Employers

We know monopolies negatively affect consumers. But what about workers? What happens when just a few employers hold most of the hiring power? New research shows that areas with high labor market concentration have lower wages. Here's where to look and why it's important. 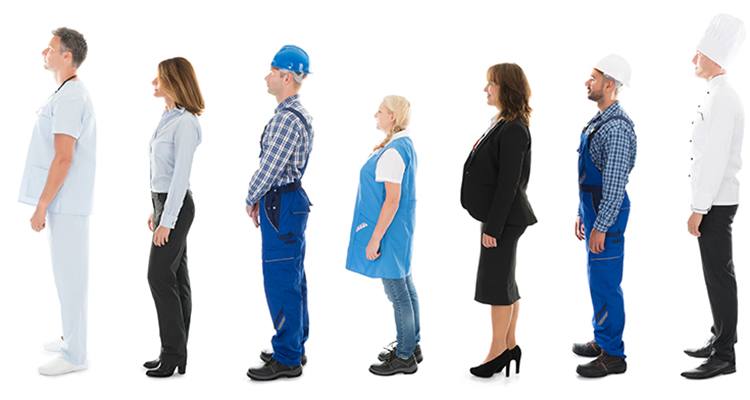 Why Wages Stagnate in Areas With Few Employers.

When giants like Amazon or Walmart come to new communities, it's usually seen as a boon for the local labor market. After all, they bring jobs -- and, presumably, a positive knock-on effect for the area economy.

But along with lower unemployment, the arrival of such a giant may also lower wages, which may help explain wage stagnation in many areas. The key is labor market concentration. IESE's José Azar explains:

"Last year, Ioana Marinescu, Marshall Steinbaum, and I released a paper that takes a first step at measuring labor market concentration for various occupations across U.S. cities. We used a unique dataset, from CareerBuilder.com, the largest job-search website in the United States, containing about a third of all vacancies in the country. The dataset contains about 30 of the most common occupational categories, such as nurses, truck drivers, secretaries, accountants, and computer support specialists. For each year-quarter, city, and occupation, we calculate the 'Herfindahl-Hirschman Index' (HHI), which is the most commonly used measure of market concentration, and is generally used to gauge market power in product markets.

"We find that labor markets in the United States are highly concentrated, on average, with higher concentration especially in smaller cities, as illustrated in Figure 1: 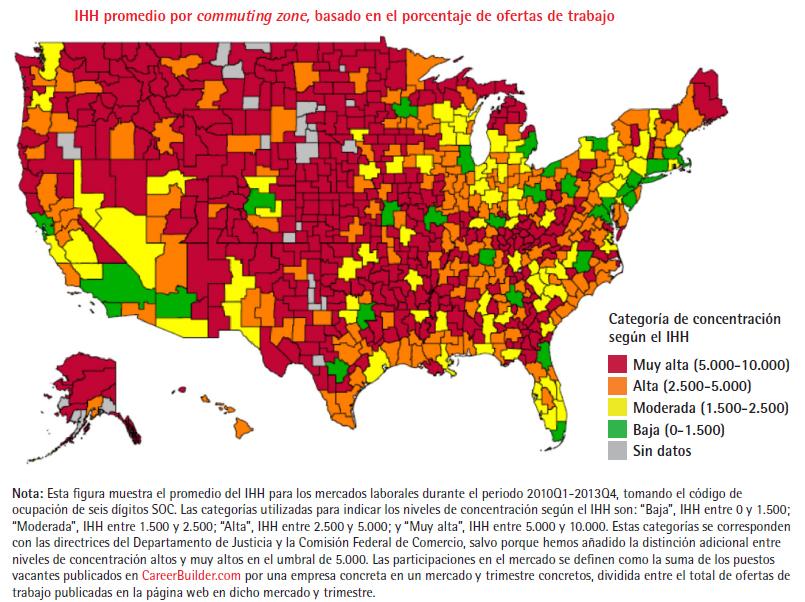 "We also found a strong negative relation between labor market concentration and wages. We controlled in the analysis for city and occupation characteristics, and for changes over time that are common within a city across all occupations. We also controlled for labor market 'tightness,' a measure of how many vacancies there are for each worker searching for a job in a labor market. Note the key difference here between tightness and concentration: tightness is based on the number of vacancies, even if they are all posted by a small number of firms. Thus, tightness can be high but the market can still be highly concentrated. Concentration has a negative effect on wages holding the level of tightness constant.

"The fact that many labor markets are concentrated may change our assessment of the economic impact of the growth of large firms, such as Walmart and Amazon. For example, The Economist magazine provided data in a recent article showing that counties where an Amazon warehouse was located tended to see a decline in wages relative to other counties."

When most of an area's hiring is done by a relatively small number of companies, those companies may not have to compete with other potential employers for local talent. So, they acquire the power to keep wages lower: it's a buyer's market, with negative consequences for the average paycheck. Understanding how this comes about can lead to better policy and organizational decisions to help foment wage growth and healthy competition.