Hard truths about the energy transition — and other economic challenges

On top of two economic problems traditionally faced by Spain — high public debt levels and unemployment — there are two more global ones at play: inflation and the cost of the energy transition. How should these newer challenges be addressed? 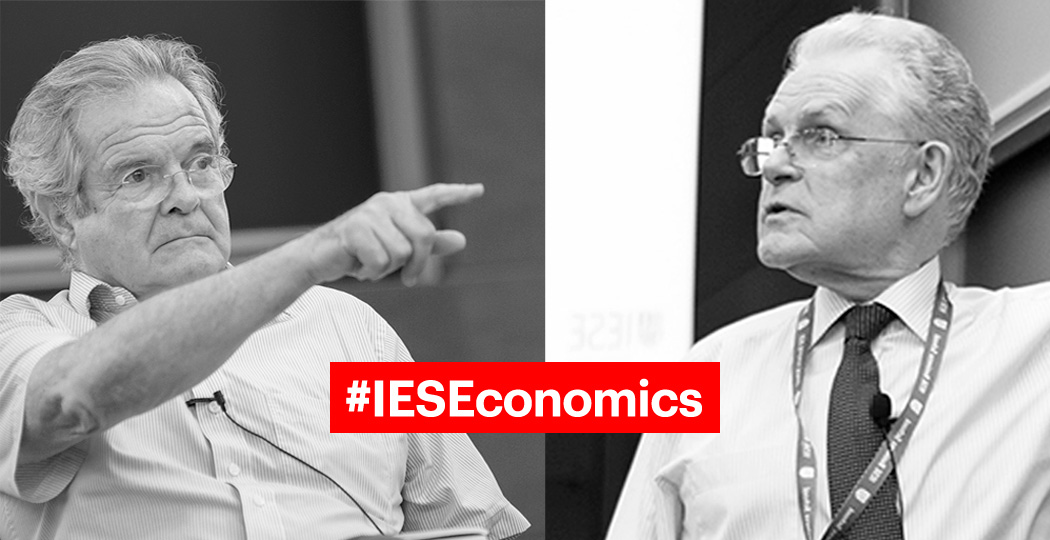 By Antonio Argandoña and Alfredo Pastor

While the economy is recovering from the coronavirus crisis, driven by expansionary fiscal and monetary policies of late, the war is now interrupting that recovery.

Looking ahead to 2023, the two factors that could help the recovery most are (1) higher household consumption — which is expected to continue to grow, despite flagging confidence caused by the war as well as inflation, due to so-called stalled demand — and (2) robust fixed capital investment, both in equipment and in construction. Regarding the second factor, note that only 23% of the EU recovery funds that were initially approved for Spain have yet been placed — which means that economic productivity will benefit from an injection of money sooner or later. Tourism could also play an important role in recovery.

Unemployment and a scarcity of workers

In Spain, unemployment is also a problem. The latest labor reform has reduced the number of temporary contracts to favor more permanent ones, at the same time it's hard to find qualified professionals to hire. This is happening across all sectors, but most especially those related to new technologies, where there is less training and salaries are climbing.

Yet, if unemployment is a problem in Spain, why is it still hard to find qualified workers? Perhaps because geographical mobility is waning, the population is aging, bureaucracy is still getting in the way and its educational system is coming up short, as our colleague Jordi Canals recently pointed out.

The OECD insists that the current inflation — i.e., too much money chasing too few goods — is not a fleeting phenomenon. Therefore, at some point, prices must increase.

Governments try to deal with inflation with aid and subsidies, but these measures further increase public debt. The state's price interventions can also confuse consumers regarding how much they can realistically spend going forward.

In the event of a new crisis in Spain, its government's ability to continue to provide aid for families, companies and the country in general has been greatly reduced because of its high level of indebtedness. The specter of what happened in Greece looms large.

Russia's war against Ukraine has put a spotlight on Europe's dependence on fossil fuels. But this is not new: confronting climate change already demands accelerating Europe's transition away from fossil fuels to renewable energy sources.

What does that entail? Generating electricity from hydraulic, solar, wind, biomass and nuclear energy resources. That said, on the path towards greener energy, some hard truths should be considered more openly than they are now:

It seems we are heading towards a world with low energy use, with simpler technologies. But that doesn't mean it will be worse. In fact, it is perfectly possible that it will be better. The energy transition requires sacrifices — sacrifices that must be distributed or shared in a way that leaves no one behind.

Achieving a tolerable amount of equity is the real problem of the future. Managing the energy transition as well as we can is (almost) completely in our hands.

This article is based on Retos y oportunidades en un entorno que cambia muy deprisa, a session that was held in Spanish on May 24, 2022, as part of IESE's Alumni Learning Program, which is only open to members of IESE's Alumni Association.