When discrimination is banned from workplaces, what are some of the knock-on effects in entrepreneurship? In his research, Giovanni Valentini uncovers some surprising and so-far overlooked impacts of increasing diversity at work, as he explains in an interview. 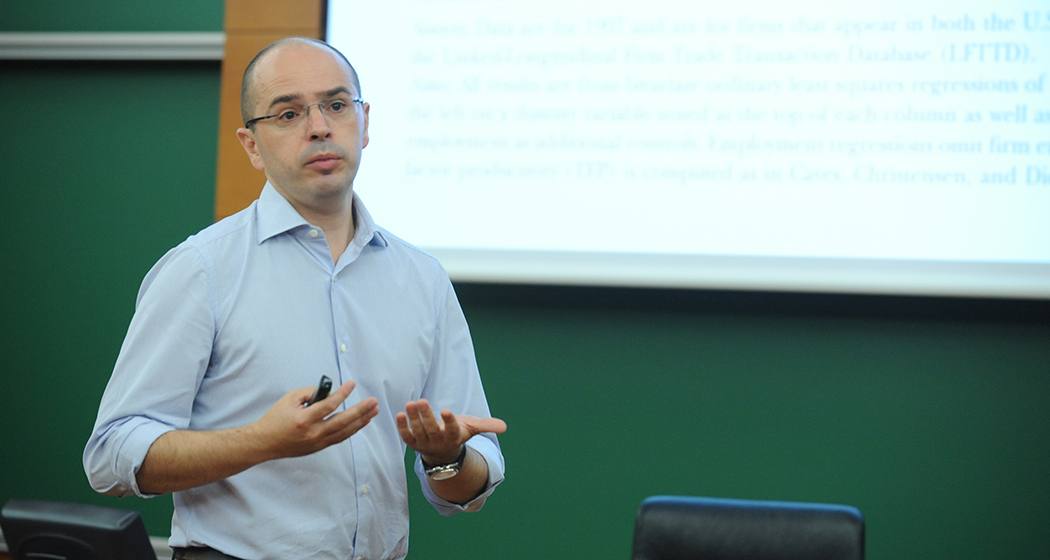 Giovanni Valentini, professor of Strategic Management and Director of the PhD Program at IESE Business School.

Is more entrepreneurship always better? What if fewer startups are launched after established companies stop discriminating against minorities and women to welcome a more diverse staff?

Giovanni Valentini and coauthors explore these questions in recently published research. With extensive data from the United States, they prove that banning workplace discrimination has had a positive impact on startups' quality as their quantity diminished. In this brief interview, Valentini sheds light on his research's implications and related work.

How did your most recent publication in Strategic Management Journal come about? We're referring to "Institutional protection of minority employees and entrepreneurship: Evidence from the LGBT Employment Non-Discrimination Acts."

We question the assumption that reducing discrimination will always boost entrepreneurship in terms of the number of new startups. It's important to note that most startup founders come from holding other jobs. And when discrimination is reduced in the workplace, in existing organizations, we predict fewer people will become entrepreneurs and create new companies. Why? Because many startups may be created out of frustration, for a lack of other options in the labor market. For minorities or people facing discrimination by employers, founding a business may be a necessity.

We also predict that when employer discrimination is banned, startups are of a significantly higher quality. That's also because there will be a higher threshold for wanting to leave paid employment -- unless there's a really good idea to pursue. So, we expect to see more opportunity-driven and fewer necessity-driven startups out there.

How do you go about proving this?

To understand what happens with decreasing discrimination, we look at the implementation of the United States' Employment Non-Discrimination Acts, which prohibits discrimination against members of the LGBT community. This legislation was enacted in 15 U.S. states over more than 25 years (1980-2006) with a staggered rollout, allowing us to compare different time periods with controls. With U.S. company data over the same time periods, we looked at three measures of startup quality: survival rates over five years, venture capital invested and the number of patents held.

We teased out other factors to prove that reducing discrimination is associated with fewer but higher quality startups.

What would you say to public leaders looking to encourage more entrepreneurship right now? Is reducing discrimination counterproductive in some sense?

First of all, we believe antidiscrimination laws should be put in place because they are a good thing in and of themselves. Diversity is a positive value and discrimination shouldn't happen. What's more, there are clearly more pros than cons here. Higher quality startups can ultimately create more and better jobs. They do more to increase welfare in a region.

Let me make a counterexample: In the United States, banking reforms made it easier for potential entrepreneurs to get loans. When that happened, there was an increase in the rate of entrepreneurship, naturally enough. But too many of them failed soon after. There's always going to be some failure for startups, but too much failure is not an optimal use of resources.

In the quarter century you studied (1980 to 2006), there have been societal shifts in attitudes towards the LGBT and other minority communities. How do you control for this?

Having the Employment Non-Discrimination Acts (ENDA) implemented over many years was a great advantage for us, from a statistical perspective. The staggered implementation at the state level helped us disentangle the introduction of the law from other changes in society in general. We saw the same pattern again and again, in state after state, regardless of the year. The results were significant in the time period following enactment.

What if ENDA added a bureaucratic burden on would-be entrepreneurs that made them less likely to launch new ventures?

To address this concern, we looked at two things. First, in certain states, ENDA did not apply to very small firms -- which are often startups. So, if extra costs associated with law compliance were suppressing startups, you would expect the effect not to be as present in those states. But the effect held strong across the board, indicating that bureaucracy was not the issue.

The second thing that we observed was the failure rates of very small firms if they had this additional burden as they were just starting out. If the law was reducing the number of firms, we'd likely see that the probability of going out of business would be higher, but we observe there was no effect there.

Thus, we theorize that the law makes people less likely to leave their workplaces unless they have a good idea to pursue as a startup.

And that theory points to diversity and inclusion as positive influences on entrepreneurial success. Does this fit into a larger research project?

Our explanation is that, with judicial independence, startups have lower barriers to entry at the same time large firms are not spending much money to secure the support of judges. There's a conversion of resources away from lobbying and into R&D efforts to increase productivity and innovation. Later, some reviewers of our paper wondered if discrimination might also be a factor here. And so, we started studying discrimination and entrepreneurial activity, uncovering the perhaps surprising finding that removing discrimination yields fewer but higher quality startups.