5 mistakes every family business should avoid

Confusing personal ties with professional ones is a common mistake for family businesses. Josep Tàpies, holder of IESE's Family-Owned Business Chair, collects the most frequent errors in a book, along with advice for avoiding them. 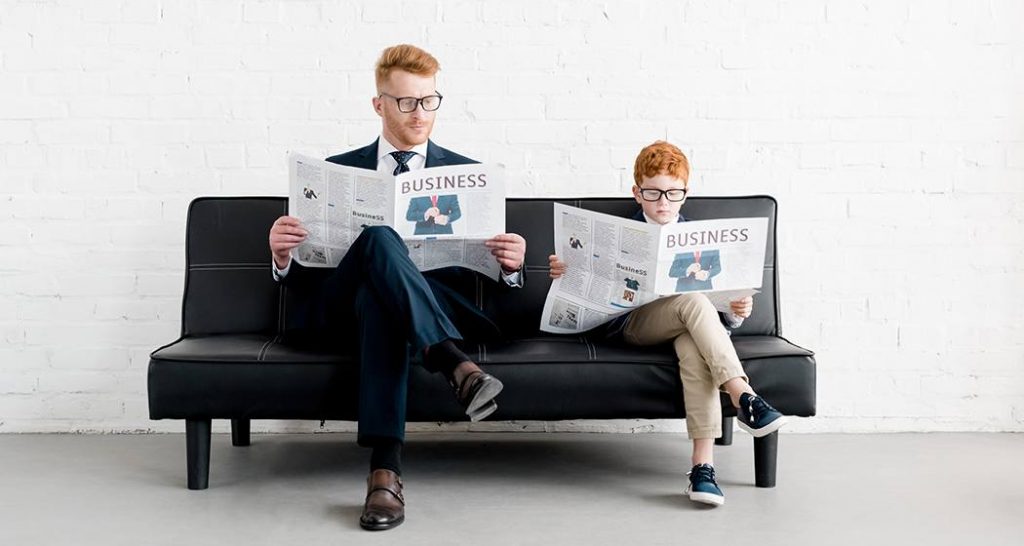 One of the biggest mistakes a founder might make is bequeathing their business to their kids, regardless of the next generation's managerial qualifications.

The giant retailer Walmart may not be the first name that springs to mind when you think of a family business, but it is, in fact, a family-founded and -run corporation. Family businesses come in all shapes and sizes. The common denominator is that a single family maintains ownership or control — no easy feat to sustain over multiple generations.

Knowing where family ends and business begins, and safeguarding those limits, is fundamental for the survival of both. That is according to Josep Tàpies, holder of IESE's Family-Owned Business Chair, which was founded over 30 years ago. In the pages of Tàpies' book, published in Spanish, he draws on decades of research to identify five errors that family businesses are prone to make — along with good practices for steering clear of them.

1. Assuming business runs in the family

Business acumen is not genetic. One of the biggest mistakes a founder might make is bequeathing their business to their kids, regardless of the next generation's managerial qualifications.

Yet, for a parent, it can be difficult to accept that the best successor may come from outside the family. Bill Marriott, for example, said he had always assumed his son John would naturally take over running the family hotel business, just as he had taken over from his father. But eventually he realized his son "wasn't the right fit." He explained it this way in a 2013 interview: "He doesn't have the temperament.... He doesn't want to be tied to his desk. Over time we both came to the conclusion that, wonderful as it would have been for me to hand Marriott off to my son, he wasn't the right choice."

For succession planning, it's essential to identify individual vocations within a family, respect each one's wishes, and choose the most prepared person to be CEO, even if that person comes from outside the family tree, as was the case for Marriott.

2. Confusing personal ties with professional ones

They say blood is thicker than water, but family ties shouldn't muddle up how to run the business professionally.

Fortunately, an increasing number of companies have governance mechanisms to help formalize the separation between familial and business realms, as stated in a study published by IESE's Family-Owned Business Chair and Atrevia.

The report, based on interviews with family businesses in Latin America, Spain and Portugal, shows that for governing the company, 66 percent of family businesses already have a board of directors in place. And for governing the family's involvement, 56 percent count on a family council, a forum in which interested family members meet to discuss and agree on matters that will later be brought to the company. In addition, 39 percent host an annual family assembly, and 30 percent have a family office to manage family assets. Such formal mechanisms are vital for keeping family members engaged with each other as well as with the business.

Family businesses may be special breeds, but they're still subject to the same market rules as everyone else. They may prioritize long-term legacy concerns over short-term benefits, but their shareholders will expect rising share prices and dividend payouts nonetheless.

What's more, not all family members will be directly involved in the running of the company, and yet, they too should be motivated to care about its future. For example, SC Johnson, whose catalog of household brands includes Windex and Raid, created a family trust in order to discretionally distribute dividends to members of the Johnson family and thus help them maintain harmony and unity.

Likewise, market rules should guide remuneration. Being part of the owner family should not entail salary privileges of any kind and, to avoid them, it is best to align pay with the going rates. Applying double standards will undermine employee motivation.

4. Putting off planning for succession

In any company, the boss frequently has a hard time letting go and handing over the reins to someone else. This feeling of being irreplaceable is particularly acute when the boss is also the founder. But not preparing for succession is a mistake that puts the very future of the company at risk.

For anyone who genuinely cares about the long-term survival of their business, the best thing to do is to make plans and start preparing the next generation of leaders well in advance. Alarmingly, a study by IESE's Family-Owned Business Chair, along with KPMG and Russell Reynolds Associates, found that more than half of family businesses still lack a succession plan.

5. Trusting that "it won't happen to us"

Believing you're immune to these mistakes renders you more likely to make them. Humility, honesty and an ability to detect weaknesses, both in the family as well as in the business, are key qualities to anticipate, identify and remedy problems before it's too late.

Whether you're part of a family business or not, the old saying holds true: prevention is the best medicine.