“Artificial intelligence has huge potential to help managers make better decisions. Senior executives have the responsibility to learn to use it. And we must be careful to use it in a way that empowers people, not threatens them. Even if AI can challenge paradigms, we still need to address fundamental and human questions: What is our purpose? How do we serve? And how do we engage our employees so they can grow with us?”

These questions from Prof. Jordi Canals, along with many other issues, were addressed at a recent conference on The Future of Management in an Artificial Intelligence-Based World. The Barcelona conference brought together leaders from business and academia to share their insights into the current state of AI, what the future is likely to hold and how managers should prepare themselves for the changes ahead.

“Leadership is about people and artificial intelligence is about machines. But the borders are becoming fuzzy. We have to anticipate how this is impacting business in order to give us a head start,” said Dean Franz Heukamp.

Key takeaways from the conference included these 10 ways managers should approach AI:

1. Understand what AI is and what it will become

“AI is the new IT; it means lots of things to different people,” said Dario Gil, vice president for AI and quantum computing at IBM. AI includes machine learning, neural networks and deep learning, but has also become an umbrella term for many other data-related subjects.

AI is not a new technology but its time has come. According to Gil, AI was conceived decades ago but didn’t work well until 2012, when ever-cheaper computational power finally intersected with large-enough data sets that had been collected and labeled by humans (in the first instances, mainly images).

With good data, so-called “narrow” AI applications that work on a single task in a single domain can now achieve superhuman speed and accuracy. We are on the cusp of “broad,” multi-task, multi-domain AI, which will be highly disruptive. “General” AI, with cross-domain learning and reasoning, will be truly revolutionary but is still decades away.

2. Be aware of the rising AI tide

Julian Birkinshaw, a professor at the London Business School, warned managers not to become complacent.

AI right now is mainly about making existing processes more efficient rather than having cognitive insights or providing cognitive engagement. “But the future,” he said, “will be very different.”

Birkinshaw used the analogy of living in a mountainous world and watching the water gradually rise. Territory we think of as safe – i.e. the things that at present only humans can do – will eventually be subsumed.

Dominique Hanssens, professor of marketing at UCLA, described data as a set of answers waiting for managers to ask it the right questions. The analogy was picked up by INSEAD DeanIlian Mihov, who described AI as being like an airplane black box.

But Mihov urged caution when taking the data out, asking questions of it and using it to build management theories. “It’s interesting but it could be dangerous; it could lead to false links between correlation and causation.” To minimize risks, Mihov said that managers should understand and apply the scientific method by carrying out randomized, A/B testing on their data- or AI-derived theories before assuming them as facts.

“Drugs aren’t released without controlled trials but management ideas are,” he said.

UCLA’s Hanssens pointed out that AI was likely to be effective at driving transactions but not at long-term growth. Other companies, he said, will always catch up and deploy the same methods, thus reducing or eliminating the competitive advantage. He based his argument on AI’s disproportionate impact on areas of the marketing mix such as price promotions and advertising, which have lower response elasticities (defined as percentage change in performance over percentage change in effort). Distribution, arguably the most powerful marketing mix growth driver, will be less affected by AI but will take on new forms in the digital age, with apps becoming distribution channels.

In the future, customers will most likely own their own data, according to Ricardo Forcano, head of talent and culture at BBVA. In such a regulatory environment, the competitive advantage won’t be access to data or algorithms, it will be gaining the trust and consent of customers.

5. Know where you have the edge over AI

LBS’s Birkinshaw asserted that the best firms – and by extension the best managers – are good at managing complex trade-offs, even over time and in the face of shareholder pressure. He described this as ambidexterity: being efficient at doing things now but also at exploring new things for the future. AI, he said, is not good at this and is unlikely to become so. Nor is it good at building processes for reconciling diverse points of view.

For Prof. Tomo Noda of Shizenkan University, leadership matters more than management. “Planning, budgeting, and organizing can be done by AI,” he said. “But establishing vision, aligning people, and motivating people requires people.”

AI should not be left in the hands of technologists, according to IBM’s Gil. “It is a tool at our service to build a better society,” he said. During the telecommunications revolution, governments ensured that rural villages, not just profitable city markets, were connected. Similar oversight would be required in the years ahead.

Business leaders will also have a responsibility to consider the impact of their use of AI on all of society, not just on their bottom line.

“We must build societies that work,” said Ibukun Awosika, founder and CEO of The Chair Centre Group. “Eliminating thousands of workers’ positions due to technological advances means we will one day have a social crisis.”

Bruno Di Leo, senior vice president of IBM, estimated: “10-20% of jobs will be lost but 100% of jobs will change. This requires education decisions.”

7. Update your own education

Business leaders need to understand AI to effectively manage computer scientists and data managers within their companies. Young people are already aware of the burgeoning AI revolution; Gil pointed out that over 1,000 Stanford students enrolled in an Introduction to Machine Learning class this academic year. “They don’t want to be computer scientists; they just know it’s an important tool for everything.”

Mihov of INSEAD pointed out that demand for similar classes from MBA students was rising. “The most relevant competency for managers is to know what’s possible. Algorithms will find patterns in the data but they can’t interpret them. Managers have to think about what might be happening, then ask themselves how they can create an experiment to test if it’s true.”

Digital literacy is essential in an AI world, Noda underlined. “We teach disruption, coding, data analysis, transformation and leadership so we can use and manage AI better.”

The future of management – according to Bernard Yeung, dean of the National University of Singapore – is “smart people working with smart machines, mutually learning to improve the world.”

8. Define your values and sense of purpose

In the AI era, we will require more than ever a radical sense of purpose and strong core values, according to the BBVA’s Forcano. “Change is constant. To navigate it, it’s key to have solid values and to know the DNA of your company.”

Values will also define how we use the potential of AI. Tomo Noda believes that we will need more focus on leadership with humanity, ethics and integrity. “Only good people can create good AI,” he said. “Where are we from? What are we? Where are we going? Without asking these questions, we may not be able to do better than the machines.”

General managers are only part of the riddle, said Nico Rose, vice president of employer branding and talent acquisition at entertainment group Bertelsmann. “When we found our businesses would be disrupted by Amazon etc., our first step was to hire brilliant talent from those companies. Nothing much happened. Mostly they left again after two or three years because they couldn’t have an impact. It wasn’t their fault: in an ecosystem that isn’t AI-data ready, data people can’t have a large impact.”

Rose said that the company now focuses on making the organization data-fluid and creating a new ecosystem. “When you hire data scientists, you need two or three data architects, then you need an MBA to translate the results to top management. Then you need to educate top management on what questions they should be asking.”

“You have to get your whole organization data ready for AI,” he said. 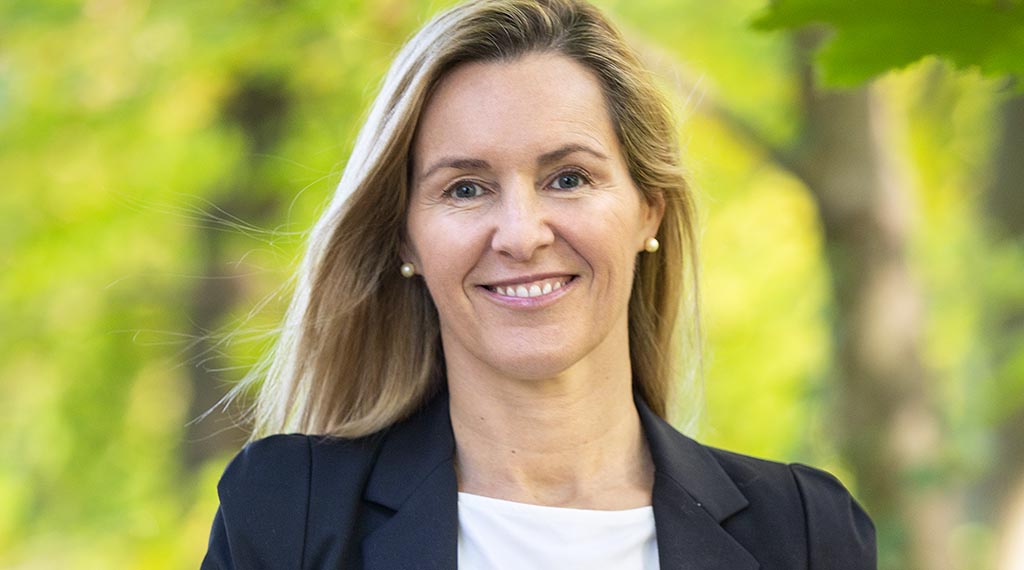 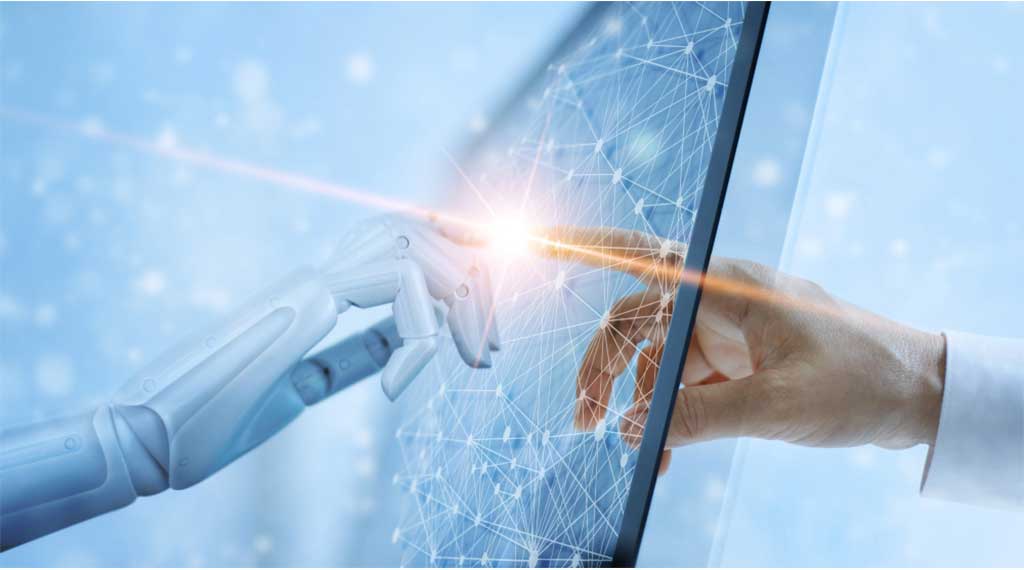