Don’t Sound the Death Knell for Globalization Just Yet 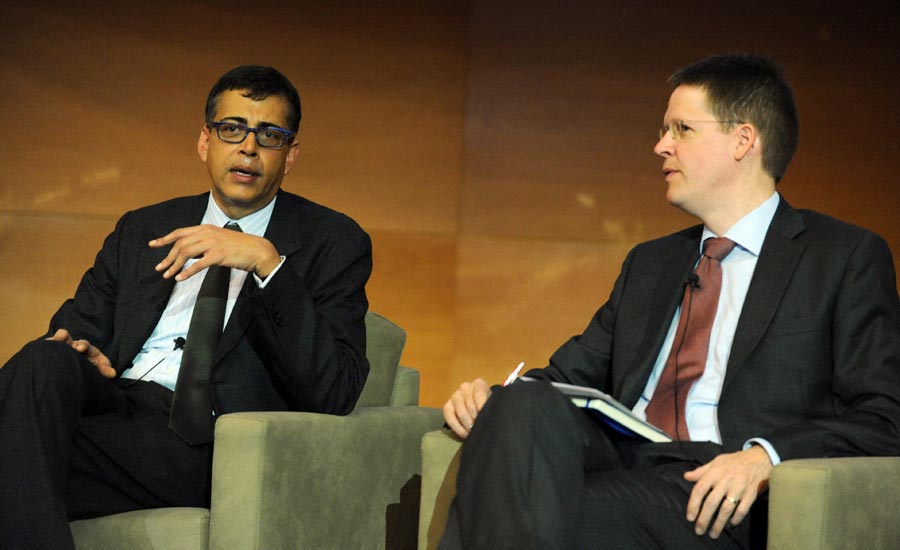 Globalization is alive and in many ways well, despite uncertainties created by Brexit and the Trump administration and by wavering public support for borderless trade, IESE Prof. Pankaj Ghemawat said.

Speaking to IESE alumni and business leaders in Singapore, Prof. Ghemawat noted that globalization had been undergoing a revaluation even before Brexit and Trump, as countries began to question its benefits.

There really seems to have been a sea change in how people think about globalization, he said. It’s worth remembering that globalization started to look kind of tricky a little bit before the events of 2016.

Prof. Ghemawat spoke at the event alongside IESE DeanFranz Heukamp. The dean has been on a swing through Asia, visiting Tokyo, Shanghai, Hong Kong and Singapore, where he has been meeting with IESE’s global community and discussing some of the most pressing issues facing the world’s economies and corporations.

Despite the uncertainties, countries will continue to actively trade with each other, particularly with those in close proximity, Prof. Ghemawat said. That makes Trump’s trade policies particularly relevant to Mexico and Canada, and renders bilateral trade arrangements more vital than large multilateral agreements.

And certainly I do think that it matters whether we’re pressing the play forward button or the rewind button. We may be moving from an era in which the tape is running forward to on in which it’s rewinding. But that’s very different from pressing the off button.

Any potential drop in international trade is likely to represent a relatively small percentage of countries GDP, and would impact export-dependent smaller countries more than large economies such as the US.

But given the Trump administration’s changeability on policy, it’s difficult to say exactly what its concrete decisions will be. I think that there are some limits to how far you can get with predictions with the new US administration, he said.

And future globalization may look very different than it has until now, with the nature of international transactions shifting away from merchandise trade. What we’re likely to see is globalization much more driven by foreign direct investment and, for that matter, by information and people flows than by trade, Pankaj said. Trade is probably not where globalization is going to be at.