Pankaj Ghemawat is the holder of Anselmo Rubiralta Chair of Strategy and Globalization and Emeritus Professor in the department of Strategic Management at IESE Business School. Between 1983 and 2008, he was on the faculty at the Harvard Business School where, in 1991, he became the youngest person in the school’s history to be appointed a full professor. Ghemawat was also the youngest “guru” included in the guide to the greatest management thinkers of all time published in 2008 by The Economist.

Ghemawat’s books include “Commitment, Games Businesses Play, Strategy and the Business Landscape and Redefining Global Strategy”. IBM Chairman and CEO Sam Palmisano described the latter book as “an important strategic guidebook for leaders of the 21st century globally integrated enterprise…[with an] analytic framework is both visionary and pragmatic – aware of the broader historic trajectories of globalization, but grounded in the real kinds of decisions business leaders have to make.”

In May 2011 “World 3.0” was published by Harvard Business Review Press. Pascal Lamy, Director General of the WTO, has described it as “offering recommendations that should inspire all global stakeholders in times of major global challenges” and Peter Löscher, CEO of Siemens, as “the right book at the right time… [about] ways to make the global economy more stable – and more sustainable.” And according to The Economist, “World 3.0.should be read by anyone who wants to understand the most important economic development of our time.” “World 3.0” won the 50 Thinkers Book Award for the best business book published in 2010-2011, the Axiom Business Book Gold Award in the International Business/Globalization category and the IESE Alumni Research Excellence Award.

His new book, “The Laws of Globalization and Business Applications”, published in October 2016 by Cambridge, employs a variety of empirical methodologies to establish two broad regularities that apply to international activity at the firm, industry, and country levels and explores some of their implications for business. Dan LeClair, AACSB’s Chief Strategy and Innovation Officer said, “Nobody is more qualified and trusted to write such a book than Ghemawat, who for decades has championed clarity and truth in the subject as a leading researcher and advisor.”

Pankaj Ghemawat also developed the DHL Global Connectedness Index 2016 a comprehensive analysis of globalization and the rise of emerging markets. The report which was first released in November 2011 has available versions for 2012, the 2013 Depth Index of Globalization and the DHL Global Connectedness Index 2014. According to Pascal Lamy, “In the current global economic climate where the threat of increased protectionism and isolationist tendencies is of genuine concern, this report offers a compelling argument, based on a methodologically robust analysis, of why increased global and regional inter-connectedness and openness is the more prudent policy path.”

Ghemawat has also written more than 100 research articles and case studies, is one of the world’s best-selling authors of teaching cases, and a fellow of the Academy of International Business and of the Strategic Management Society. Other recent honors include the McKinsey Award for the best article published in the Harvard Business Review and the Irwin Educator of the Year award from the Business Policy and Strategy division of the Academy of Management.

Ghemawat helps companies and business schools better understand and address international opportunities and challenges. He served on the taskforce appointed by the AACSB, the leading accreditation body for business schools, on the globalization of management education, and authored the report’s recommendations about what to teach students about globalization, and how. 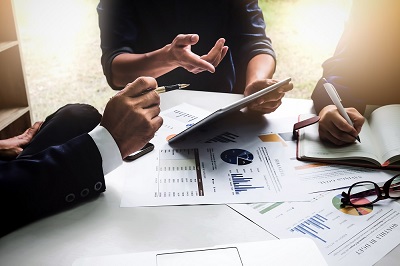