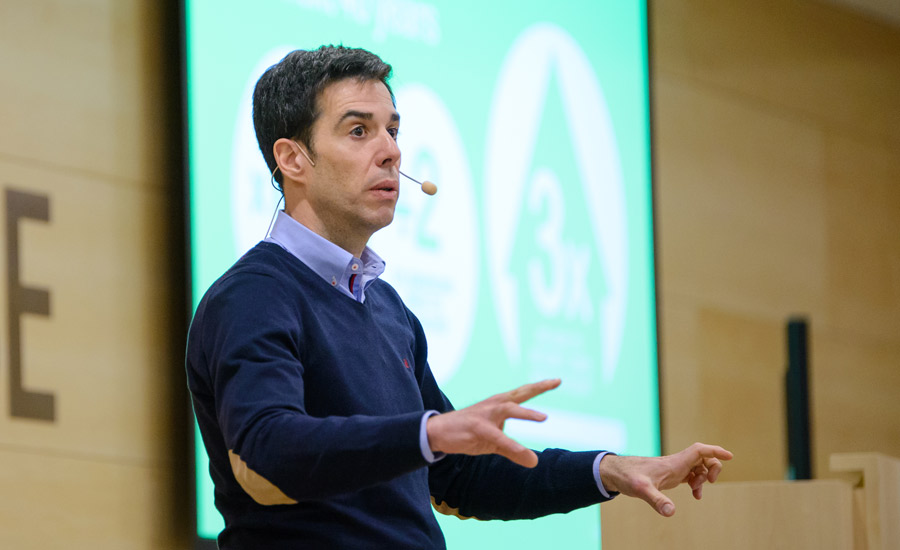 We believe access to electricity is a human right, explained Emmanuel Lagarrigue Schneider Electric executive VP & chief strategy officer to an audience of MBA and Executive MBA students at IESE Barcelona last week. Unfortunately that right is not yet universal, or sustainable.

Not sustainable, he clarifies, because the electricity currently available is largely generated by polluting and dwindling fossil fuels. Meanwhile, 1.5 billion people currently have no access at all to electrical power, while another billion’s supply is severely limited, unreliable or just plain unsafe.

Creating strategies for a world where energy consumption increases 150%, while halving carbon emissions, is a key mission for the company that Lagarrigue describes as a smaller, cooler General Electric, and whose corporate slogan is Life Is On.

Effectively, we need to increase our efficiency three-fold, Lagarrigue underlined.

He outlined some ways to do so in a session, part of IESE’s MBA Global Leadership Series, entitled: Thinking About Strategy: The Case of Schneider Electric.

Strategy can be seen as a balancing act between practical short-term goals and long-term visions, he remarks. And, he adds, that balancing act will need to address the challenges of three major trends in the electricity market:

The Rise of Renewables

It’s a future where more and more of us could be generating our own electricity, says Lagarrigue. It’s already cheaper to do so than using power from the grid in some parts of the world, he comments. That trend will only continue as solar costs come down.

Needless to say, Schneider is already at the forefront of helping households to connect to and make the most of this growing resource with their inverter technology and energy management systems.

Digitalization of the electricity system means that even something as humble as the common plug socket will be become a smart device that gathers and shares valuable information.

This could help make big savings by optimizing electricity use, ensure availability by giving advanced warnings of device failure, and improve safety. Wired devices such as these also represent an interesting potential business opportunity for companies like Schneider.

Digitalization of the grid could also mean what Lagarrigue describes as a peer-to-peer market in electricity that would totally disrupt the current centralized system.

We have to consider that something like an Uber for electricity will come along and put consumers in the driving seat, he suggested. Digitalization will allow us to co-create the future.

Different economies will of course require different approaches to electricity supply and management. The central governments of developing countries might look to large investment in their national grid to provide electricity to its citizens, says Lagarrigue.

After all, adds Lagarrigue, it worked for China, which now has one of the most reliable electrical systems in the world. But that might not be the right solution for every country.

Locally generated electricity from solar panels, biomass converters and other renewable resources make a lot more sense for isolated communities. This is versus investing vast capital sums to incorporate the communities into a central grid system, explains Lagarrigue.

In fact, Schneider’s approach in some African nations has been to bypass the government and its central infrastructure entirely. Instead, they target the so-called micro entrepreneurs who are such a part of everyday community life.

An example would be local people who go from village to village with a car battery to charge mobile phones. It’s not ideal for phone longevity so we provide a kit that delivers the right current for charging, plus the connectors for different types of phones.

When CSR is Good for the Bottom Line

What started as a Corporate Social Responsibility (CSR) program is now a viable revenue stream for the company, contributing to the triple bottom line, says Lagarrigue. Such an approach is only possible when your organization is prepared to step back and look at the bigger picture, he insists.

A Structure to Promote Strategy

It’s the structure of Schneider Electric that in part allows Lagarrigue and his colleagues to develop forward-looking and locally-tailored strategies.

The board’s personnel are scattered over three continents, whereas country heads are rooted firmly at the center of their territories, and enjoy a very large degree of autonomy. When I ran Argentina, I saw my boss once or twice a year. I was the king of that territory, recalls Lagarrigue.

This freedom to learn and make your own decision are reasons Lagarrigue has spent two decades at Schneider rather than the two years he originally envisioned. And it’s also one of the many reasons he thinks IESE MBAs should consider a role in the company.

We’ve had a great experience with our IESE MBAs at Schneider and we’re always interested in recruiting more. Given the picture he painted of the company’s approach to strategy, there should be plenty of takers. 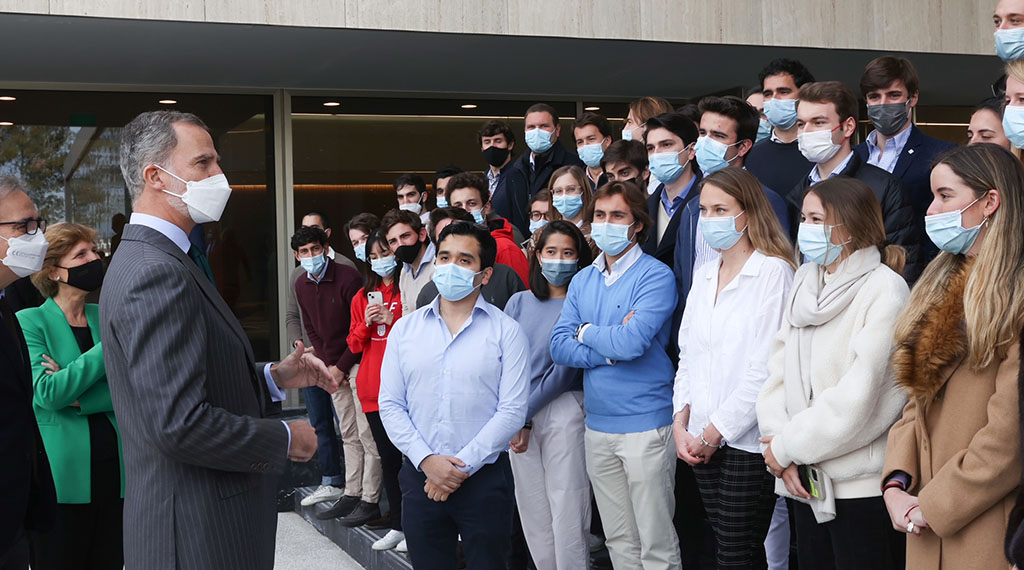 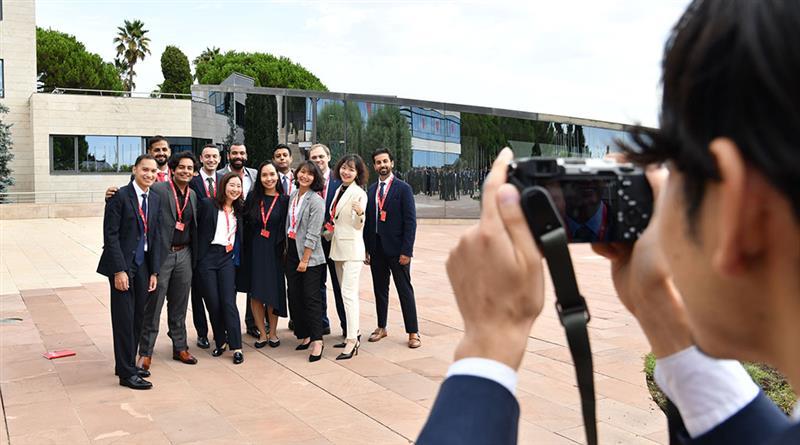 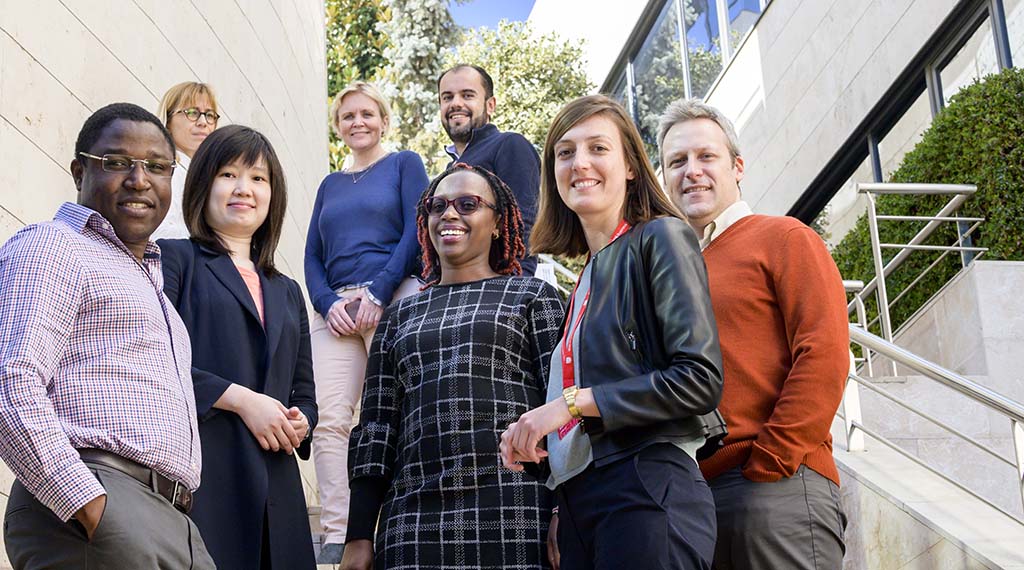