IESE’s 20th International Symposium on Ethics, Business and Society explores the meaning and future of work 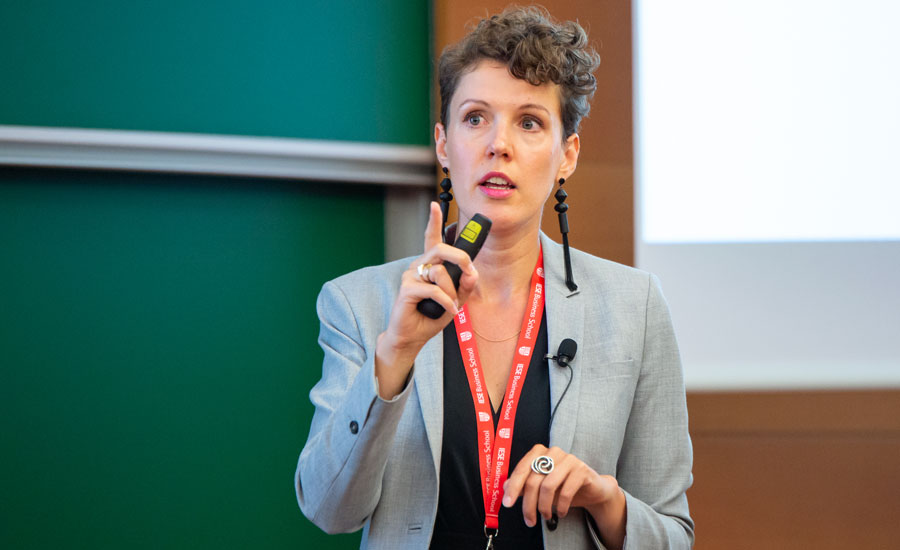 “On the one hand, technological development means that more and more human activities can be replaced by machines. On the other hand, philosophical reflection would lead us to conclude that work is essential to human beings.”

This sometimes uneasy relationship between people and machines in the workplace, summed up by Prof. Joan Fontrodona, was one of the themes of IESE’s 20th International Symposium on Ethics, Business and Society held this week on the Barcelona campus.

The symposium examined the meaning of work in a technology-driven society, with speakers addressing topics such as the substitution of human beings for machines; how technology can improve society; and ways people and computers can think together.

But while all speakers agreed that technology is changing many aspects of work, many thought the human-machine relationship need not be fraught. “I think a lot of people are more worried than they need to be,” said Thomas Malone, director of the MIT Center for Collective Intelligence. “We´re spending way too much time thinking about people versus computers, and not enough time thinking about people and computers.”

Prof. Jordi Canals agreed. “We should not be afraid of technology. We just need to put management and leadership back on track.”

What Will Future Generations Say?

For Anne Marie Engtoft Larsen, Knowledge Lead, Science and Technology Studies at the World Economic Forum, future generations will look back on the ongoing Fourth Industrial Revolution either in deep disappointment at how problems were bungled – or impressed by the solutions that were ultimately found.

The current revolution is “a societal transformation and we’re standing at the brink,” she said during the session “The Rise of Machines and the Future of Human Work.”

The Fourth Revolution, she said, is marked by “buckets” of emerging technologies such as blockchain, 3D printing and quantum computing, leading to greater disruption across industries. During any industrial revolution, however, norms and social behaviors change, and in the Fourth Industrial Revolution, the human being has moved to the center.

Amid this shift, she said, society should ask three central questions: “Who gains? Who loses? And who are we?”

A top concern is how to ensure that the benefits of the current revolution are distributed fairly. Past revolutions have led to increasingly large numbers of people without access to the technologies that were subsequently ushered in.

Society cannot brush aside the consequences of technology, as if it were values-neutral, she said. This means focusing on the systems that new technologies operate within, rather than the technologies themselves.

“We should start talking a lot more about values – in the boardroom, in all decision-making organizations and also take it into the business schools,” she said.

Perspective is also key. “Throughout the history of humankind, different jobs have been replaced by others. It’s not about abundance of jobs, it’s about bundles of tasks,” said Juan Menéndez-Valdés, director of the European Foundation for the Improvement of Living and Working Conditions (Eurofund).

While the rise of artificial intelligence and robotics is causing many jobs to disappear and others to emerge, a bigger challenge for society may be how to address today’s changing relationship between companies and employees. The traditional job market is becoming fragmented, calling for a reframing of issues such as regulation, taxation, employee well-being and performance, said Menéndez-Valdés.

Today’s complex labor market includes new forms of work such as casual work, voucher-based work, employee sharing, interim management, platform-based models and others. The challenge for society is to create and agree upon new systems for these, Menéndez-Valdés said. To be successful, however, research suggests that any new framework will need to involve employee participation, giving people a voice in the workplace about how decisions are made. 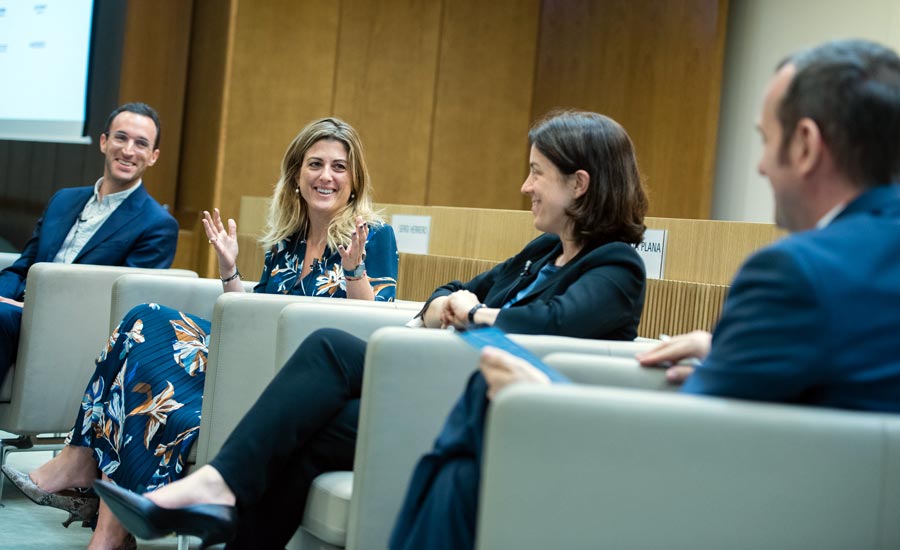 From Banking with Ethics to Cracking Blockchain