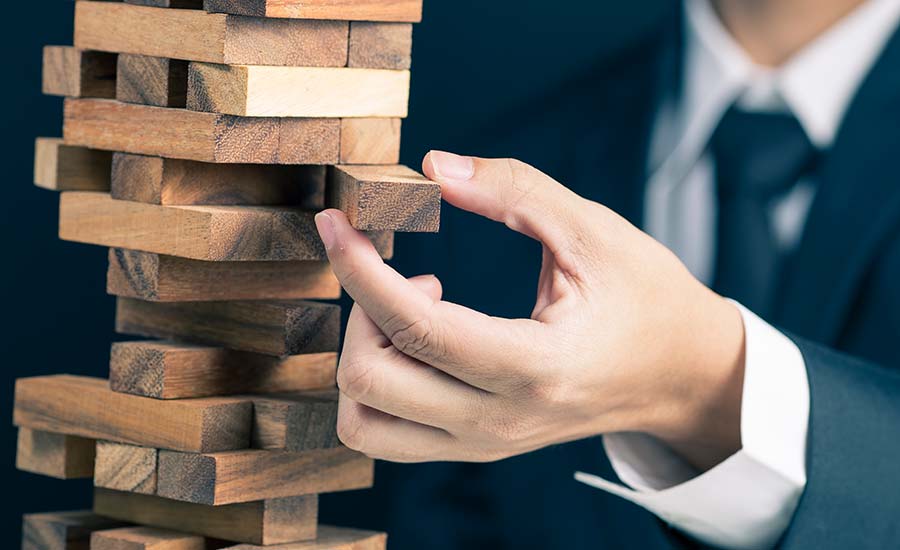 Ever since Brexit’s surprise victory in the polls, the world economy has been shaken in ways that are forcing companies to rethink many strategies and policies.

In this context of change, solid guidance is more necessary than ever to help managers charter the company’s course.

In his new book Strategy and Geopolitics, professor Mike Rosenberg warns leaders that they must get a better handle on what might happen next in these tumultuous times. He offers a framework to help anticipate the next Brexit- or Trump-sized “surprise.”

And in this post-truth era, the stewardship of news organizations warrants special attention. Managing Media Companies, another 2017 book by this professor and journalist Phil Seager, offers a game plan to help navigate disruption and uncertainty.

In the face of threats to globalization, multinationals need people who can help build bridges. For his research contribution – “The Bridging Role of Expatriates and Inpatriates in Knowledge Transfer in Multinational Corporations,” published in Human Resource Management – professor Sebastian Reiche was a finalist for the International HR Scholarly Research Award from the Academy of Management. He was also recognized by the same organization for the conference paper titled “Affective, Cognitive and Behavioral Trajectories of Change Recipients in Global Organizations,” which was included in the 2017 annual meeting’s Best Paper Proceedings.

Multinationals also benefit from multicultural employees, according to research by professor Yuan Liao. She and her co-authors find that the unique, culture-straddling perspective of these staff members can be very useful for connecting people and resolving cultural conflicts.

Analysts and scholars are increasingly devoting their attention to the economic potential of Africa. This includes professor Africa Ariño, co-editor of a special issue of the Global Strategy Journal dedicated to the continent. In the introductory article, Ariño calls for rethinking certain management theories by drawing from Africa’s reality and avoiding negative stereotypes in the process.

Also working on development issues in Africa – focusing on energy poverty – is professor Ahmad Rahnema who holds the Fuel Freedom Chair for Energy and Social Development.

Barriers to development are also relevant to researchers. In the article “Bribery and Investment: Firm-Level Evidence from Africa and Latin America,” published in the Strategic Management Journal, professor Giovanni Valentini finds that in emerging economies kickbacks may not hurt firm profitability in the short term, but these bribes limit long-run prospects by limiting investments in fixed assets.

Promoting women in leadership and reducing gender inequality are key issues for modern management. A good place to start is the gender wage gap.

An investigation by professor Mireia Giné published in Contemporary Accounting Research delves into two of causes of the gender pay gap still seen among high-ranking executives: (1) women’s apparent aversion to risk and (2) their underrepresentation on corporate boards.

A Focus on Competition

Giné and Antón cite the work of colleague José Azar, who has himself gained international attention for his research on common ownership and its effect on pricing and competition.

Competition was also a protagonist in the latest book by professor Xavier Vives: Competition and Stability in Banking. Published in August 2016, it was awarded the 2016 IESE Research Excellence Award” by the IESE Alumni Association.

Another tip for bank sustainability? Include non-experts on the boards of directors. Professor John Almandoz reveals the negative effects of having too many financial experts making board decisions in research that also received top accolades from the IESE Alumni Association in the past year.

The emergence of Industry 4.0 is spotlighted in IESE Insight magazine’s recent dossier. Professor Marc Sachon served as the guest editor and he also contributes an in-depth piece on cyber-physical value chains. Meanwhile professor Javier Zamora explores the technological innovations most likely to revolutionize the industrial sector.

Professor Robert W. Gregory is researching key issues in technology today – from digital transformation to human-machine symbiosis. His research, which covers various aspects related to IT, has earned him a prestigious award from the Association for Information Systems (AIS) this year.

Professor Weiming Zhu is also investigating rising tech issues, such as the collaborative economy. His paper “Buyer Intermediation in Supplier Finance,” which uses data from a large Chinese online retailer, was published in Management Science.

Companies don’t want to be left behind in the race to innovate, so many hire technology scouts to keep abreast of external innovations. The phenomenon is analyzed by professor Thomas Klueter in paper published by the Journal of Management Studies.

To further support innovation research, IESE launched two chairs this year: the SEAT Chair of Innovation, held by professor Antonio Dávila, and the Novartis Chair on Operational Excellence in the Health Sector, to be held by professor Jaume Ribera.

Sustainability in a Changing World

Among the many studies published within the last year, one of the most closely watched by the media has been the IESE Cities in Motion Index (CIMI), which evaluates the level of development of 180 cities and highlights best practices.

One of its directors, professor Pascual Berrone, has been awarded the 2017 Emerging Scholar Award by the Alliance for Research on Corporate Sustainability (ARCS). Furthermore, his paper “Creating Value for Others: The Role of Nonprofits in Improving Community Environmental Performance” has been included in the Best Paper Proceedings for the 2017 annual meeting of the Academy of Management.

Sustainability is not only a matter of cities and public administrations. In the private sector, corporate social responsibility (CSR) is increasingly important, as shown by the research of IESE professors. For example, the latest article by professor Antonino Vaccaro in the Journal of Business Ethics analyzes the growing number of CSR-centered acquisitions and develops a model to predict which mergers will be successful in integrating CSR practices – and which not.

Coordinating many actors to work together on the biggest, most urgent issues – such as climate change – options should be left open, with each move calculated as a good chess player would. That is according professor Fabrizio Ferraro, who won the biennial Roland Calori Prize in 2017 for his 2015 article, “Tackling Grand Challenges Pragmatically: Robust Action Revisited.” In 2017, Ferraro et al. also published “Unleashing Sustainability Transformations Through Robust Action.”

For More, Look to IESE Insight

These are just a few of the most relevant studies highlighted in the 2016-2017 academic year.

For more on the latest research from faculty and its practical applications to today’s fast-changing business world, look to IESE Insight knowledge portal where you will find articles, infographics, podcasts and videos.