Your Employees Are Digital Millennials. What Should You Do?

Digitalization and millennials are transforming the workplace in ways both small and large, according to three leading female executives in technology and media who spoke recently at the New York campus.

While it is difficult to make generalizations about an entire generation, the speakers did find a couple of behavioral trends among millennials they have encountered in the workplace.

Millennials want incessant feedback, said Kelly Flynn, Senior Executive Producer of CNN’s Heroes, though they tend to be quite sensitive to the criticism that they do receive. She also noted that members of the millennial generation seem to expect an unrealistic degree of certainty regarding their career success.

Often there is a desire for a checklist of achievements a list of things that they can satisfy to then move on to the next level, she said.

What is missing is the human interaction piece: intuiting how to make yourself valuable and indispensable, which can pose challenges in a mixed-generation workplace.

Millennials, according to Aripita Chowdhiri, VP of Global Marketing and Digital at Hewlett Packard Enterprises, are also more preoccupied than previous generations with the purpose of the work they do. Millennials want to do something meaningful, which is great, she says. But it will require managers and corporations to adapt to that attitude.

If they want to compete with the startups cropping up in Silicon Valley, corporations will need to make more concerted efforts to clearly define their missions, and to provide time for employees to feed their passions.

I wonder if there is something about the corporate environment that just doesn’t fit with this generation, said Flynn.

The hierarchy and decorum that mark corporate culture seem in some ways incompatible with the millennial mindset. Going forward, corporations will need to find ways to change the top-down structure of the work environment.

At the same time, in a media and technology landscape that is increasingly digitally-focused, professionals in these fields must be prepared to drive change and to deal with its consequences. According to Chowdhiri, it is imperative that a company’s marketing strategy reflect the reality of their consumer.

Today, that might mean pivoting marketing away from more obsolete publicity techniques like print and television, toward digitally-driven platforms.

These transitions, however, do not come without challenges. Changes such as these touch every aspect of a company, often including company culture.

You cannot underestimate the value of culture in any kind of transformation, she said.

The team is what matters most for the success of such transformations. Having a clear vision and a comprehensible strategy are imperative for success.

Innovation, particularly for entrepreneurs, also requires a close and critical examination of the industry at hand. According to Sue Fennessy, Founder of The8 App, Innovation is only good when it’s really solving a problem.

Her company allows users or nano-influencers to get paid for sponsoring brands in social media posts, attempting to correct for an imbalance in the advertisement space, which is monopolized by companies such as Facebook and Google.

For Flynn, innovation has meant giving corporate money to people doing laudable social work, and retaining her commitment to quality news. Doing so, however, requires balancing act between ratings, revenue and the reputation of the company.

Of these three things, Flynn says, you need at least two. Quality news usually doesn’t sell. But if you are going to sacrifice ratings for the sake of providing meaningful content, you will need to find a way to make it profitable and burnish the reputation of your publication.

The speakers are also looking to use big data in meaningful ways. Flennessy is passionate about putting individuals data back into their own hands, to use as they see fit.

For Flynn, the dream is that we start to use the data not to sell people products, but rather to give them information that is meaningful to their lives.

And Chowdhiri envisions a future in which we leverage this data to connect individuals with shared experiences across geographical bounds.

Putting data back in the hands of the people will help to leverage the power of big data for social impact in the future, they say.

What's the Future for Mainstream Media in a Fake News Age? 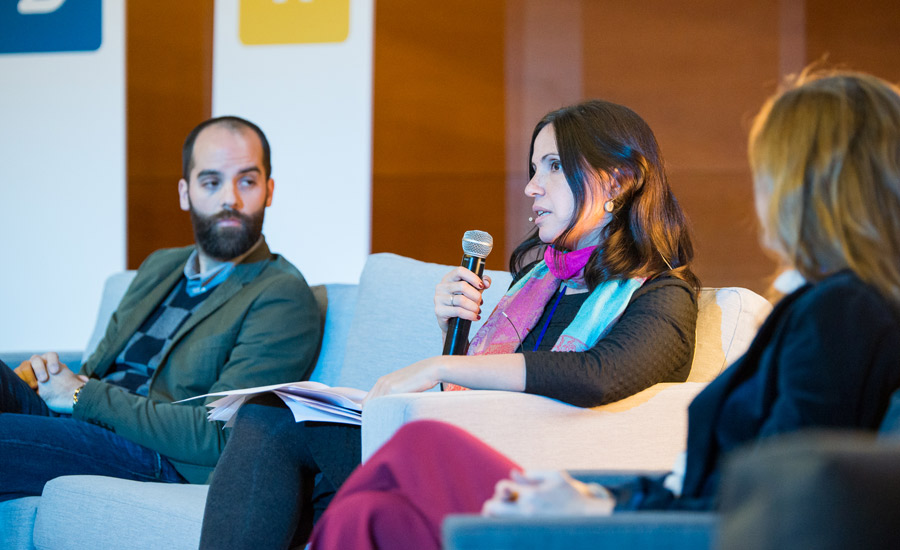