Is it possible to extend humane leadership across different cultures in integrated, global companies? And what role does compassion play in management?

The 3rd International Executive Coaching Symposium took place recently at the Barcelona campus, with a focus on forging connections and practicing compassionate management.

Professor Alberto Ribera, academic director of the IESE Executive Coaching Unit, opened the symposium by noting that it has grown to welcome 100 attendees, up from 40 in its inaugural year. Yet its purpose, which Ribera described as “providing a service to the coaching profession” and imbuing it with a “sense of mission,” has remained intact.

Professor Yih-teen Lee, of the Department of Managing People in Organizations, addressed the needs of and opportunities for executive coaching in an era of disintegrating boundaries and rapidly growing connectivity.

Lee’s educational and professional tracks have led him from Taipei to Lausanne; Barcelona; Angers, France; and Paris. That journey helped boost his expertise in cross-cultural bridge-building in matters as endemic as the cultural importance placed on group versus individual work, and as quotidian as varied interpretations of English phrases across countries.

Lee argued that it is no longer enough to merely recognize such cultural differences. To build and sustain compassion, executives must also undertake clear, concrete actions that will result in the desired bridging between coworkers of various backgrounds and cultural mores. This clarity, he emphasized, must avoid the risks of “overemphasizing cultural adaptation” and of “seeing cultural differences through a negative lens.” He cited as an example a Chinese employee of a Chinese firm tasked with integrating local employees of the Japanese company it had acquired. Knowing the social traditions of Japanese businesspeople, he spent two years going out with his team, one by one, Lee said.

The aim of this was not assimilation, but rather melding together two distinct corporate and national cultures. The two years of socializing paid off, with the Japanese company embracing a dissembled and individualistic corporate structure anathema to their cultural customs.

This story also demonstrated that successful bridging consists of first cognitive, then emotional and, finally, behavioral understanding. Lee said that the goal in executive coaching across cultures is to foster global citizens who think beyond adaptation and the frameworks of their home and “host” countries and “leverage their unique experiences” toward building a cohesive, but diverse, whole.

Emotion as a Part of Decision-Making

Jonathan Passmore, director of the Henley Business School Centre for Coaching and Behavioural Change, spoke of the importance of empathy and compassion. “Emotion,” he said, “is a critical component of decision-making” and, therefore, of successful organizations.

But how can we create compassion? The process requires awareness, empathy and an urge to help those in need, and culminates in the sort of decisive response Lee described.

The problem is that the contemporary workplace values rationality at the expense of emotion. Passmore often hears executives he speaks with dismiss the fundamental role of emotion in organizations. “What twaddle and nonsense,” he said.

Passmore noted a bounty of research confirming that self-compassion leads to increased happiness, resiliency and altruism. This truth transcends cultures and their seemingly innate norms. And it should convince executives to embrace and finesse “the full repertoire of what it means to be human” outside and inside the office.

While this embrace of emotion might seem alien to more rigid and practical companies, Passmore noted that it’s surprisingly easy to achieve. Indeed, basic mindfulness (and exercises that can help you attain it) can be completed in the time most people wait in reception before a meeting.

With just those few minutes a day, executives can relearn the professional value of compassion, and of “being a human being sitting next to another human being.” 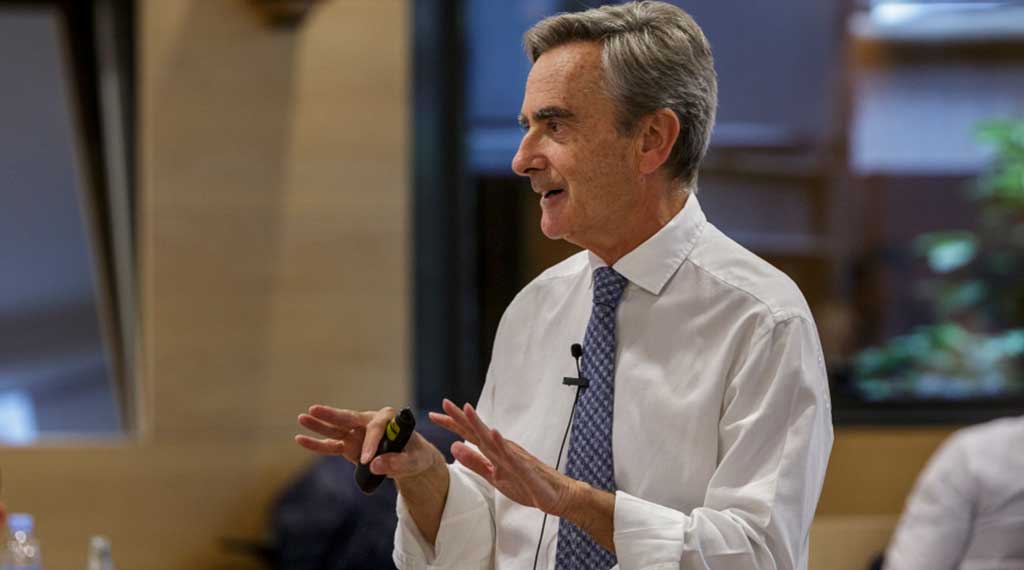 Finding fulfillment throughout your life and career

6 leadership essentials to get through the coronavirus crisis