“Hey, guys, we can really do something!”

Global Executive MBAs use their connections to mobilize aid for Ukraine 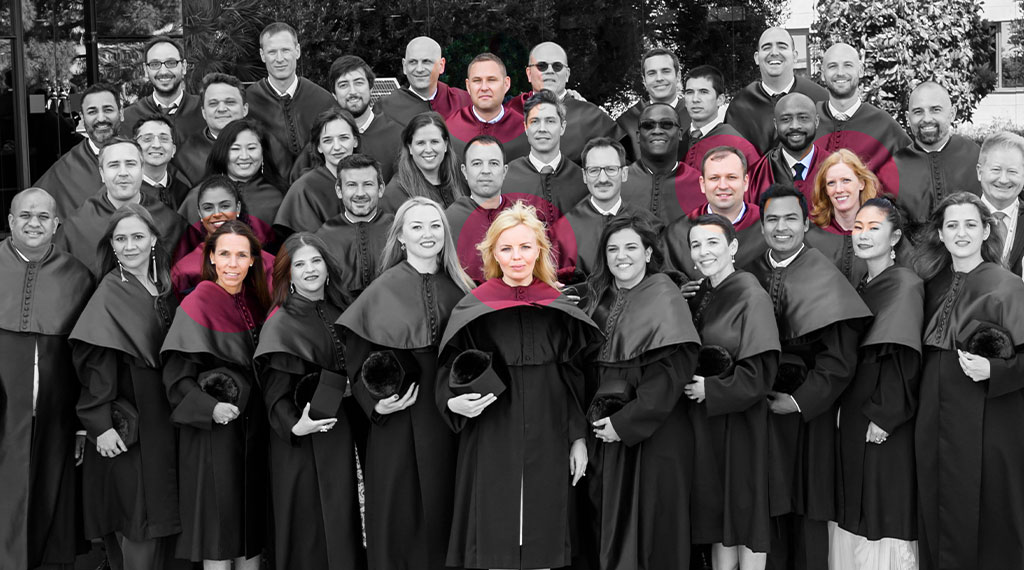 From left to right: Christine Woll, Reto Wicki, Maryna Koltsova, Victor Ghereg and Joanne Dixon with their GEMBA Class of 2019.

Two weeks before the Russian invasion of Ukraine, Maryna Koltsova’s company – a multinational consulting firm – suggested that she leave Kyiv. She was hesitant to take such a drastic step. Born in Ukraine, she had deep ties to the place. War looked uncertain. Her three children were in school there.

Everything changed quickly in the days after the invasion. After waiting several days, she knew she must try to leave. Taking advantage of a cloudy day when bombing was less, she loaded nine people and whatever luggage could fit into her seven-seater car. They chose a slower route through small villages, passing through checkpoint after checkpoint, because it seemed safer – a 10-hour journey in total, or more than twice what it would normally take.

Finally, on March 1, they made it safely to Moldova, where they were met by Victor Ghereg, a former classmate from IESE’s Global Executive MBA program.

For Koltsova, going to Moldova and then on to the Czech Republic is little solace, as she worries about the people left behind. “I’m safe and I feel guilty,” she says. “There are still so many people there.”

Koltsova and Ghereg are part of a group of IESE alumni, most from the GEMBA Class of 2019, who have mobilized to provide medical supplies to hospitals and doctors in Ukraine.

Even before the invasion, the classmates were in close contact. They had a WhatsApp group, arranging video calls every three to four months and meeting up whenever travel brought them to the same cities. As Christine Woll, the Berlin-based class president, recalls, much of their chat revolved around birthdays and other celebrations.

When the invasion happened, the chat turned to how they could help. Woll remembers Ghereg spoke up: “He said, ‘Hey, guys, we can really do something!’”

What makes this project special is that it’s professional medical supplies going straight to doctors and hospitals.

Ghereg’s Medical Foundation of Moldova, working to strengthen the healthcare system in Moldova since 1994, had experience in donating and delivering food and medical supplies. With a specialized warehouse in Moldova, it was well-positioned to pivot to providing supplies to Ukraine.

“We have good connections on site,” Ghereg says. “We’re able to deliver goods to the point where those goods are really needed.”

Despite that logistical advantage, the beginnings were difficult. Fundraising for the first delivery ran into hitches in international payment systems. Ghereg also had to secure permission and documentation from the Moldovan government to be able to export supplies.

But within 10 days of launching the project, they had raised €12,000, mostly from individual donors, and a truck was on its way to the west-central Ukrainian city of Vinnytsia, where supplies – including surgical gloves and gowns, bandages, intubation equipment and antibiotics – were distributed to area hospitals.

On the Ukrainian side of the border, they receive logistics support from Kirill Goncharuk (IESE GEMBA ’22) and they also collaborate with Fozzy Group, a large Ukraine-based retail logistics company with hospital connections.

“What makes this project special is that it’s professional medical supplies going straight to doctors and hospitals,” Woll says.

Filatov Institute, one of Ukraine’s largest eye hospitals, requested specific equipment; the group was immediately able to meet the request, thanks to a donation by a private Zurich-based civil organization. Those funds came about thanks to another GEMBA 2019 alum. “I was able to explain to them how close we are to this entire process,” says Reto Wicki, “and that we all know each other personally and there’s a fair amount of trust.”

Now, they are working to scale up the enterprise. While the GEMBA group effectively mobilized their personal networks, it needs to go beyond that to continue. As typically happens after the initial outpouring of interest, the images of war in Ukraine become commonplace, and donations slow down as people move on.

“Everyone gave quickly, and we were able to mobilize the first delivery,” says Joanne Dixon, who is based in Madrid. “Maintaining the momentum is the biggest challenge now.”

More info: Medical Foundation of Moldova (MFM) is delivering essential medical and first responder supplies to the people of Ukraine, in collaboration with Medical Aid Delivery (MAD-AID) UK. Donations can be given via their website or go to the group’s Facebook page.

Get involved: IESE is compiling initiatives by members of the IESE community on its website. If you have an initiative, please email AlumniCommunity@iese.edu. 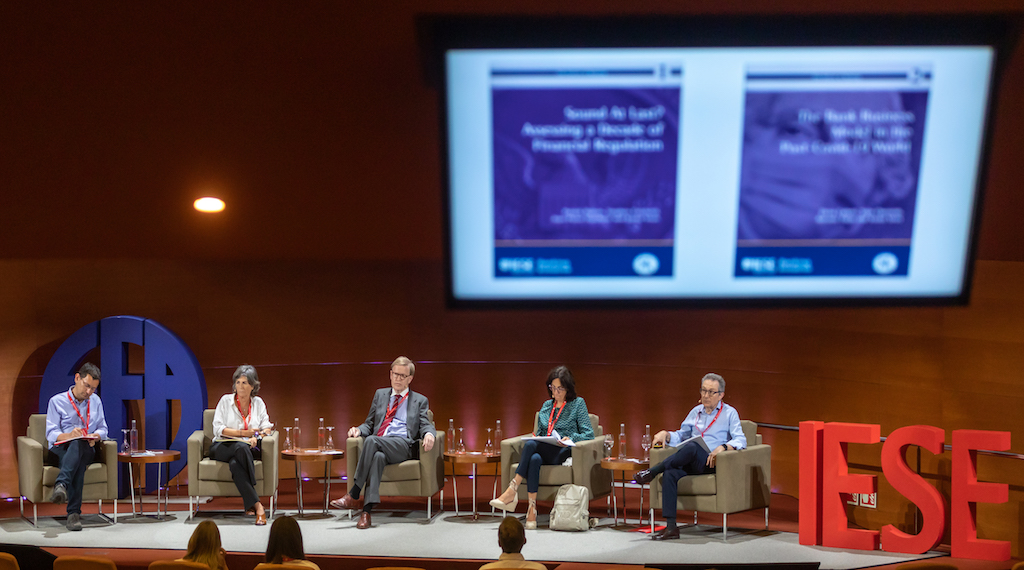 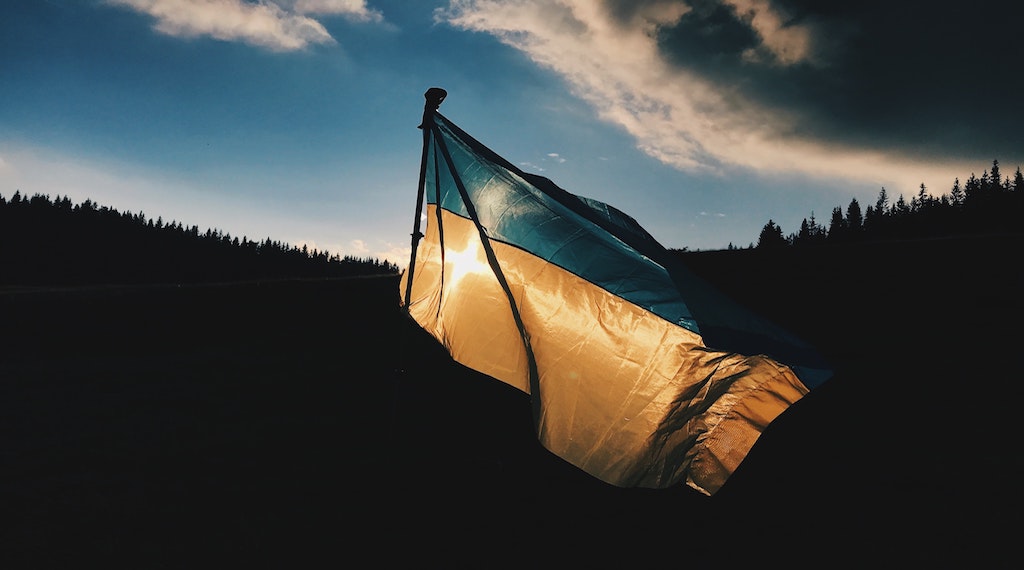 IESE speaking panels to analyze the war in Ukraine 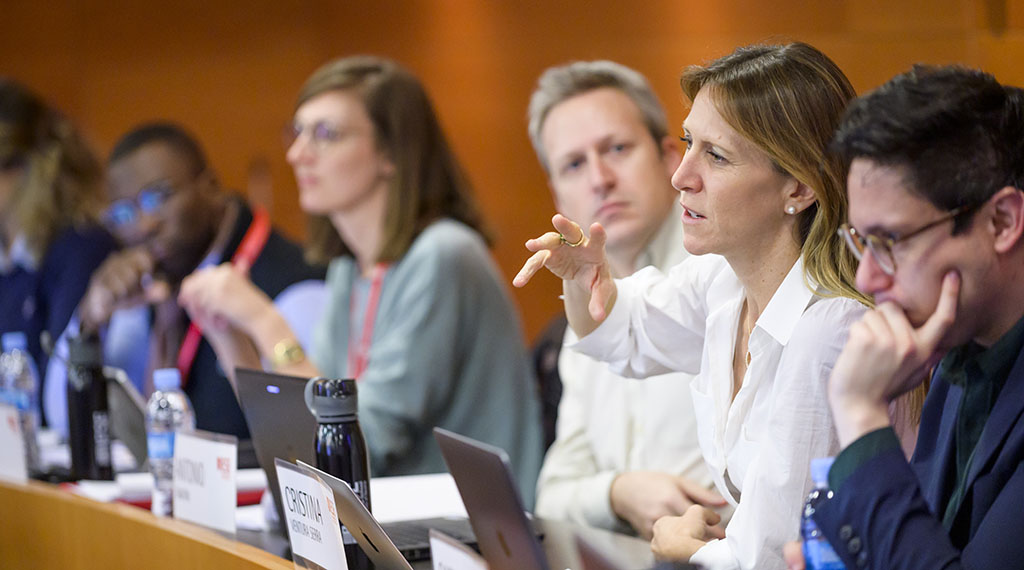 IESE's Global Executive MBA ranked no. 7 in the world, no. 3 in Europe by FT