Taking the pulse of the economy and financial markets 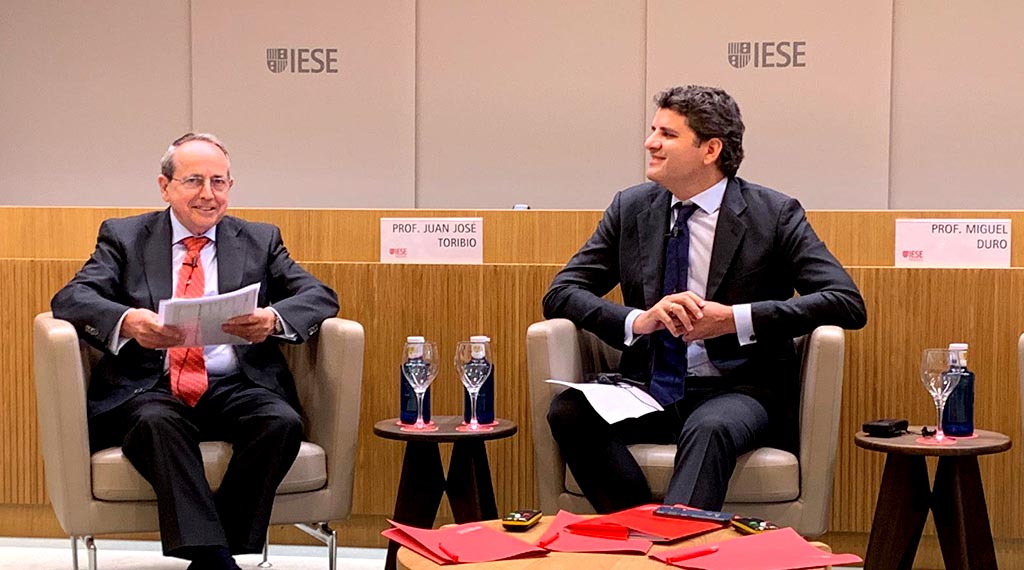 Where is the global economy headed? And what is the state of the financial sector?

These were some of the issues discussed during the 26th annual symposium of the Center for International Finance, held this week on the Madrid campus.

The event opened with a discussion — by the head of the CIF, professor Juan José Toribio, and Emilio Ontiveros, president of Analistas Financieros Internacionales — on the general state of the economy and future economic trends. Subsequent speakers looked at mergers and acquisitions; bank capital requirements and financial crises; and financial market strategies and investment experiences.

The symposium also highlighted research produced by CIF professors during the past year, which served as a basis for several of the talks. Those included:

Professor Pietro Bonetti discussed the unintended consequences of stricter disclosure regulations for financial and ownership information released by publicly traded firms. In new research, Bonetti and his co-authors found that stricter European regulations have slowed down the pace of acquisitions, most likely because of increased costs.

Professor Christian Eufinger examined whether it is necessary to increase bank capital, with a particular focus on Europe. That was based on a study that looked at why the sovereign debt crisis was so sever in Europe, and concludes that an effective bank recapitalization could help recovery. Eufinger was also an author of a study that looked at the effects on banks of aspects of European Central Bank monetary policy.