After embarking on the Global Executive MBA, the lives of Karin Nemec (GEMBA ’11) and Mike Nemec (GEMBA ’11) changed in more ways than they expected. For the globetrotting couple, who met at IESE, the program marked the beginning of a remarkable journey together.

“Without the GEMBA experience, we would not be the global family that we are today and would not have taken the road less travelled,” says Karin. “We have always said that living in different countries enables us to live many lives within one life. It enriches our view of the world, and through this experience, we can become somewhat better people.”

Both Karin and Mike were on fast-track corporate careers when they decided to head to IESE to gain both global exposure and management acumen.

Karin, who is from Estonia, was head of corporate products at the Swedish financial institutions Swedbank in the country’s capitol, Tallinn, when she applied to the program in 2010. She also served as member of the board of two of its subsidiaries, Swedbank Leasing and Swedbank Fleet Management.  She became the first acting female head of corporate banking in Swedbank’s history at age 33.

Meanwhile, Mike – a Canadian – had started building his career at Magna Powertrain in Toronto. When he enrolled at IESE, he had recently made the jump from Canada to Europe, where he was working as a global product manager for the company in Steyr, Austria.

After completing the program, Mike and Karin married on March 3, 2012 – the start of their global adventure. They soon headed to Shanghai, China, where Mike took on the role of director of program management in Asia, responsible for program managers leading cross-functional teams in China, South Korea and India.

“During a module of the Global Executive MBA, we received an interesting behind-the-scenes two-week exposure to China, and this helped us see this country and its opportunities in a positive way,” explains Mike.

During their five years in Shanghai, the couple welcomed two children. Soon after, Karin launched her own start-up, ZeroToOne, which focuses on accelerating scaling of innovative technologies. The firm invests in start-ups that are dedicated to driving positive change in the world. The family allocates part of their portfolio and Karin’s time to identifying viable start-ups and working with them to achieve their goals.

“I strongly believe in the power of finance to make things happen,” she notes. “Investing both for financial returns and allocating a certain amount of the portfolio to impact is the best way to be a rational investor. In this way, you maximize financial returns but at the same time make a difference by investing in the change you would like to see in the world.”

In 2016, the family headed back to Europe – this time near Frankfurt, Germany, where Mike took on the role of senior director of engineering in Magna Powertrain. He leads a global team of 400 engineers based in North America, Asia and Europe.

“Since finishing the GEMBA, I have been promoted three times to more senior positions,” Mike says. “Seven years after graduation, I particularly value the special knowledge and skills on finance. Recently our company went through the M&A process and the knowledge I gained in the corporate finance class was very useful, as I was part of the core divestiture team.” Thanks to the class, taught by Prof. Ahmad Rahnema, he was able to add value during the negotiation process, Mike said.

Karin says stepping out of the corporate world to start her own project has been deeply rewarding. “I took a chance to start something on my own and look for ways to have a positive impact that would be larger than my own life,” she says. “I have found a way to contribute with my best knowledge, wealth and network to solve some of important problems of our time.”

And she adds: “I really believe that we should minimize the regrets in life. But it’s even more important to maximize the function of joy or happiness. Living beyond our own lives, making a positive impact on people and the planet, can fill our souls and is the basis for a well lived life – at least for me.”

Cristina Ventura: “The more you learn, the greater your impact” 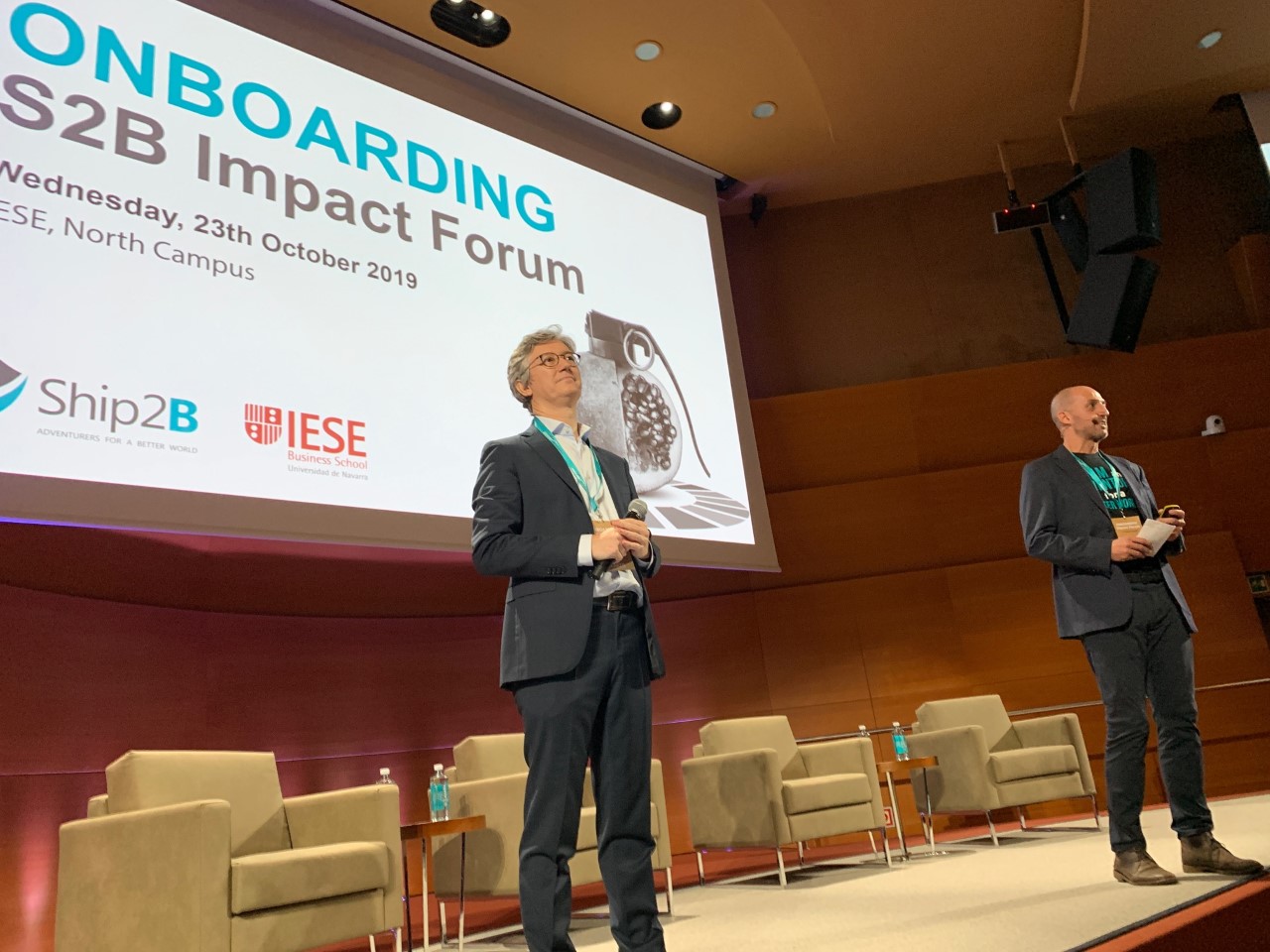