Real estate in a changing society

At IESE 6 Real Estate, a sector shaped by climate change and aging populations 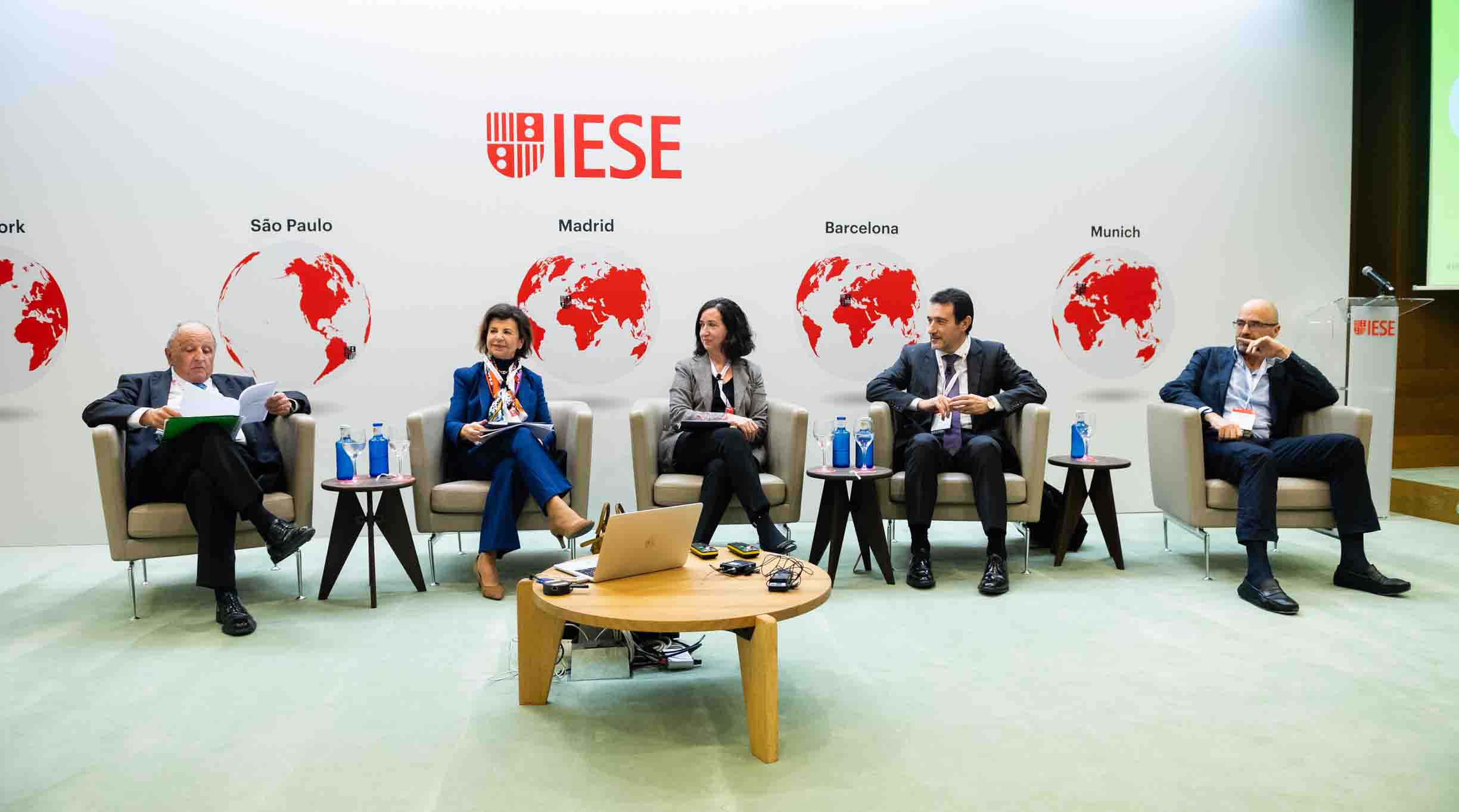 The world’s cities face challenges that extend well beyond digitalization, encompassing issues such as climate change, an aging population, national and international investment and the lure of capitals.

IESE’s 6 Real Estate, an annual industry meeting, was held on the Madrid campus this week, looking at these demographic, social, economic and financial trends and their impact on the real estate market. Professor José Luis Suárez was academic director of the meeting, which gathered sector leaders from top companies such as Savills Aguirre Newman, Tinsa, Merlin Properties and Tendam.

As with so many other sectors, climate change has entered into the conversation on the future of real estate. Highlighting how much climate change will influence urban development, IESE professor Carles Vergara noted that a two-meter rise in sea levels would mean the disappearance of Miami Beach; with three meters, the land where San Francisco’s airports are located today would be underwater.

Rising sea levels are not the only threat. Vergara presented the conclusions of a working paper, prepared with colleagues from the University of California’s Haas School of Business, on the impact of wildfires on real estate. Fires have burned, especially in the last 25 years, large tracts of California, and their increased frequency and severity are closely linked to global warming.

Banks, he warned, “have to assess climate risk in the price of mortgages.”

The age gap in housing

There are many other trends that are changing the world’s cities, executives said.  Asun Zaragoza, co-CEO and CFO of Orpea Ibérica, noted that an increasingly aging population in places such as Spain have different needs and require the assistance of others, and also avoid changing neighborhoods or houses at all costs.

“They aren’t comfortable with what new technologies have to offer, because they either do not have the necessary digital skills or they are afraid, and rightly so, to be totally unprotected if the internet falls,” she warned.

The figures for that portion of the population are telling. Miguel Perdiguer, CEO of Pensium, said that “in Spain there are 100,000 people who cannot leave their homes without help” and professor  Javier Díaz-Giménez said that “those born in 1997 already have an average life expectancy of 100 years.”

Díaz-Giménez predicted, in the long term, a “fall in housing due to the collapse of the birth rate and because there will not be enough young people who want to buy or can buy an apartment”. This gap between young and old will provide a reason to emigrate and also encourage government policies that focus more on building residences for the elderly than on daycare centers.

The lure of cities

Concha Osácar, founding partner of Azora, recalled that, in the end, one thing is macro-trends and another is the experience of specific markets and groups.

“The trends are not the same in small cities as in large capitals, which generate more employment and attract more talent,” she said. This is clearly reflected in the Madrid and Barcelona real estate markets. She said that young people will have access to the housing market “only if governments allocate public resources and reduce red tape, and if they continue to let national and international private investment play their part.”